Photos from the draw.io Team at Summit Europe 2017 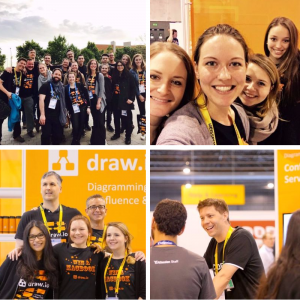 We can’t believe that Summit is already over. Two days is far too short! Some of us are still in Barcelona for AtlasCamp, which runs today and tomorrow.

Because it was the first Summit in Europe, and because draw.io was the diamond sponsor for this event, we sent a huge contingent, as you can see in the top left photo. 🙂

Here a few photos of the draw.io and //SEIBERT/MEDIA teams, including Gaudenz Alder and David Benson, the two founders of JGraph and draw.io, standing at the back of the bottom left photo.

The theatre session presented by David Benson, one of JGraph’s founders, was well received, and reminded people that diagrams are not just for graphic designers, as David Werner tweeted below. We agree with David – all areas of all types of businesses everywhere can benefit from visualization – diagrams are for everyone!

We have this one (draw.io) We need to use it more! #AtlassianSummit pic.twitter.com/bHayxdPhlM

We ran a competition at the draw.io stand during Summit Europe 2017 – create and submit your daily routine in draw.io and you were entered into a raffle to win a MacBook. There were so many excellent and creative submissions! Here are just a few of the entries, and you can see just how versatile draw.io is:

You can use your own photos or images in draw.io diagrams.

You can convey a lot of information without text. 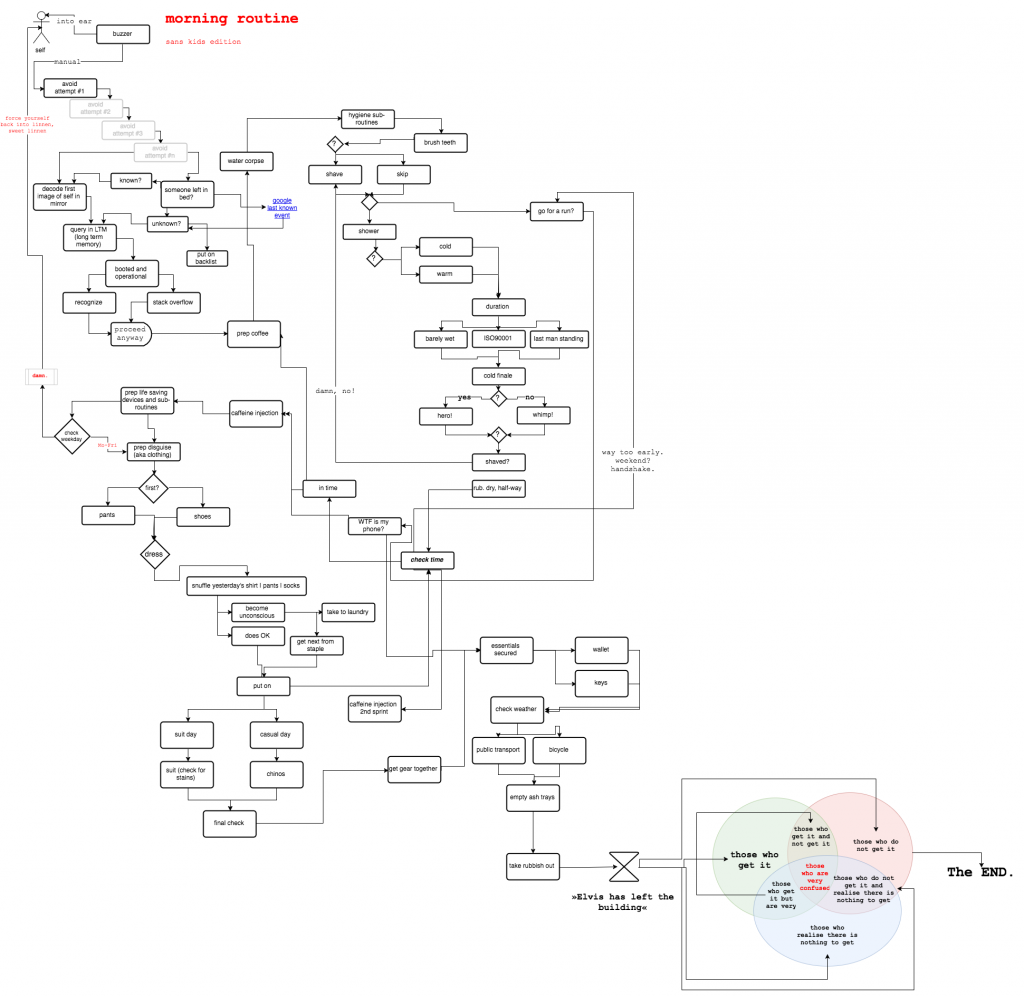 Some entries were extremely creative, showing off great artistic skills! 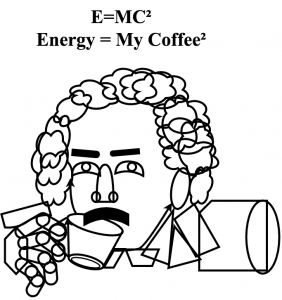 We have a winner!

The raffle winner’s diagram was excellent – it incorporated aspects from all of the above – it was complex, artistic, clever and amusing. 🙂

Congratulations from everyone here in the draw.io team to Leonardo, who is the happy owner of a new MacBook! 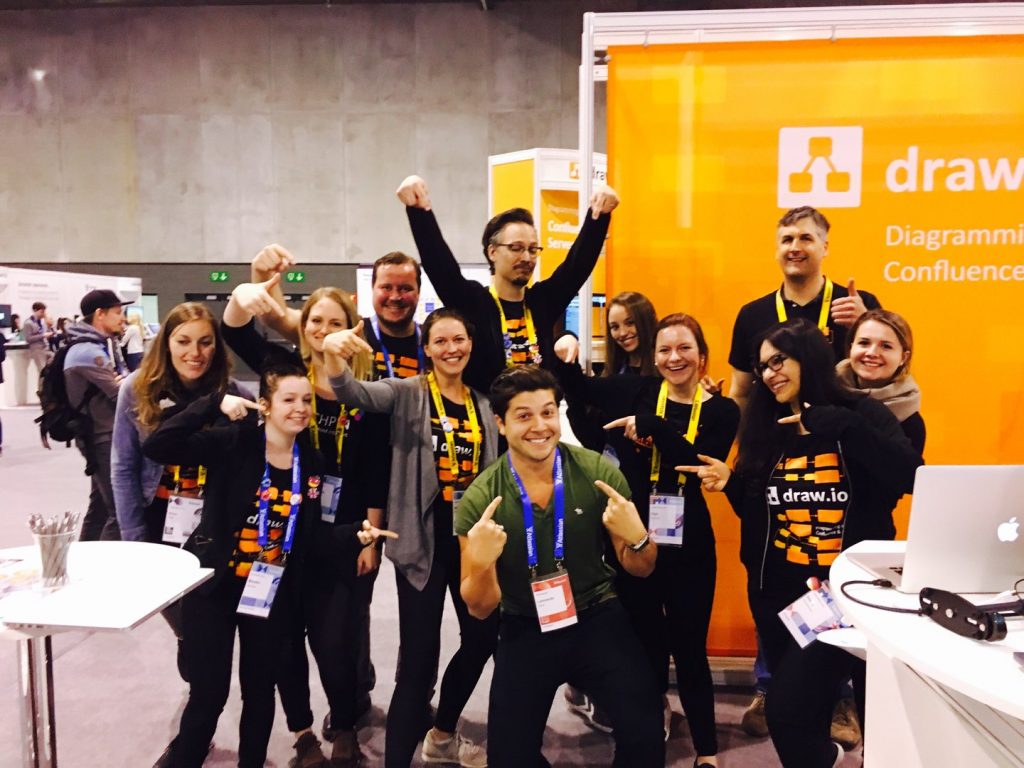 It was an incredible few days, exhausting and exhilarating at the same time. If we didn’t get to see you this time, we hope to meet you next year in September – Summit Europe is back in Barcelona on 4-6 September 2018.