Use draw.io on a Tablet

You are used to using diagramming software on your desktop. But sometimes you want to work on a diagram when not at your computer. Put away your keyboard and mouse – draw.io works just as well on a tablet. 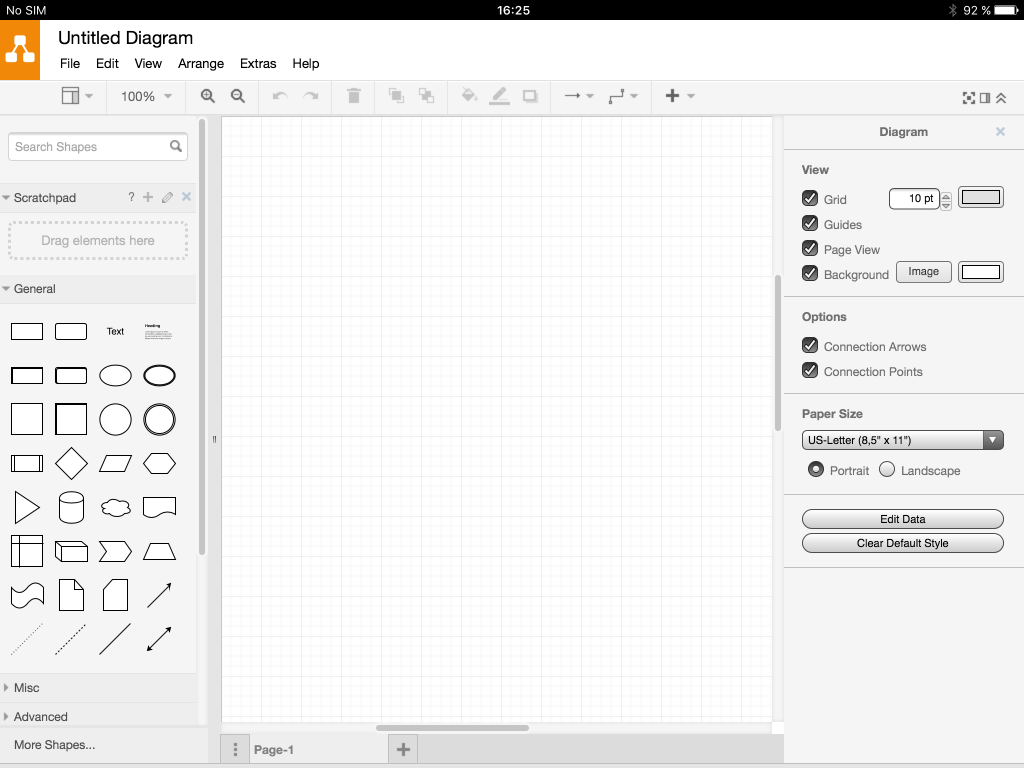 draw.io – Creating a new diagram on an iPad, and offline. 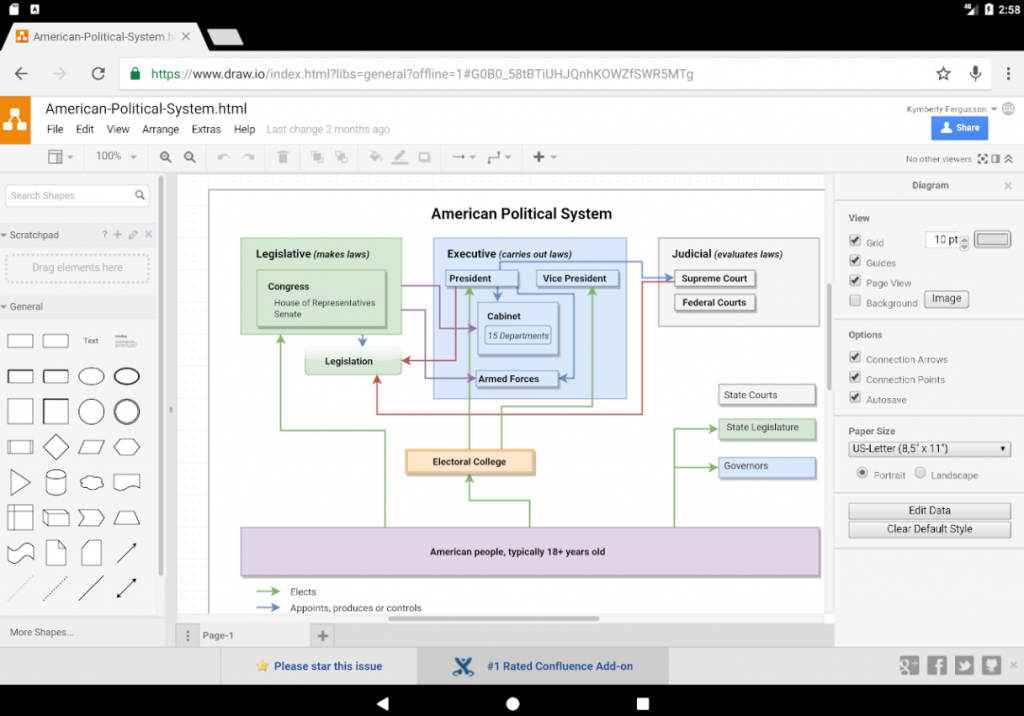 draw.io – on a Pixel (Android) tablet in Chrome, not in full-screen mode

Want draw.io on your home screen?

Even though there is no draw.io app, if you have an Android tablet or an iPad, you can add draw.io to your home screen. From there you can open it as if it were a native app.

This also works on Android and iOS smartphones, but you really don’t want to diagram on such a small device!

For the offline version of draw.io go to https://www.draw.io/app

Android tablets: Select the vertical “…” then “Add to Home screen”. Enter the name for the home screen icon then select “Add”. 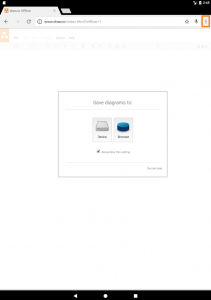 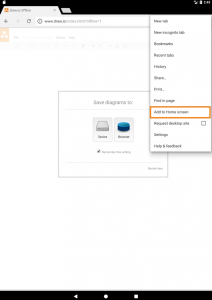 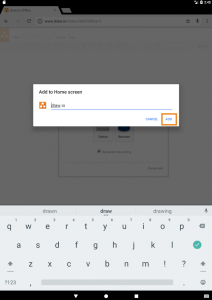 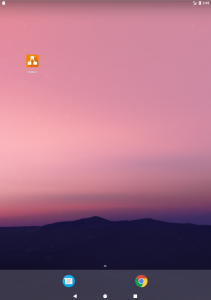 iPad: Select “Share“, then “Add to Home Screen“. If you want, you can change the name, then select “Add“.

Add draw.io to your home screen 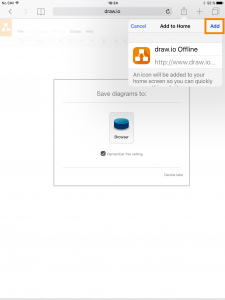 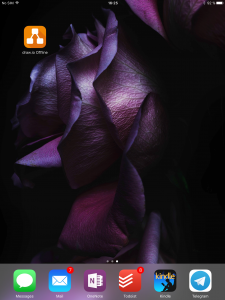 You can now see the draw.io icon on your home screen and can use it just like a native app!

Just getting started with draw.io?

Have a look at our cheat sheets for beginners, or read through our getting started guide.